Microsoft has released a fresh Windows 11 build that adds Clipchamp as a new Window 11 video editing and creation application. The new build also comes with a sizable list of improvements and fixes for known issues.

Clipchamp is available for all Windows Insiders that will install the Windows 11 Insider Preview Build 22572, now available in the Dev Channel.

Redmond says the new video editing and creation tool is also an inbox app meaning that it will be preloaded on all new Windows 11 devices by default.

"Clipchamp is equipped with all the basic tools you’d expect, like trimming and splitting, as well as more pro-style features like transitions and animated text. For real-time content capture, there are also built-in webcam and screen recorders." the Windows Insider team explained.

"But what really sets Clipchamp apart from other video editors is its timeline. We’ve kept all the best parts of timeline editing — the flexibility, the ability to fine tune details — and done away with the rest."

Clipchamp also comes with a stock library containing more than a million royalty-free videos, audio tracks, and images, as well as an Azure-powered text-to-speech generator utility with support for over 70 languages.

It can also connect with the users' OneDrive accounts, allowing them to import files and save videos quickly and securely.

Microsoft acquired Clipchamp in September 2021 as a video creation and editing web app that can process video using a PC's graphics processing unit (GPU) acceleration that could replace the classic Movie Maker app for Windows and Microsoft 365 customers.

The Windows Insider team also announced that a new Search highlights feature will roll out to Windows 11 search boxes starting early next week (the feature will also roll out for Windows 10 Insiders in the future).

"The search box in Start and Search will periodically update with content, including fun illustrations, that help you discover more, be connected, and stay productive," Microsoft said.

"Search highlights will present notable and interesting moments—like holidays, anniversaries, and other educational moments in time both globally and in your region."

Users can toggle this new search experience on and off by going to Settings > Privacy & security > Search settings and toggling "Show search highlights." Enterprise admins can also use additional controls available in the Microsoft 365 admin center. 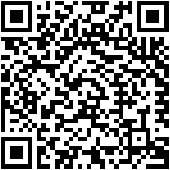